↓
Home→Blog→Why is Cyprus tourism failing? (in some aspects) 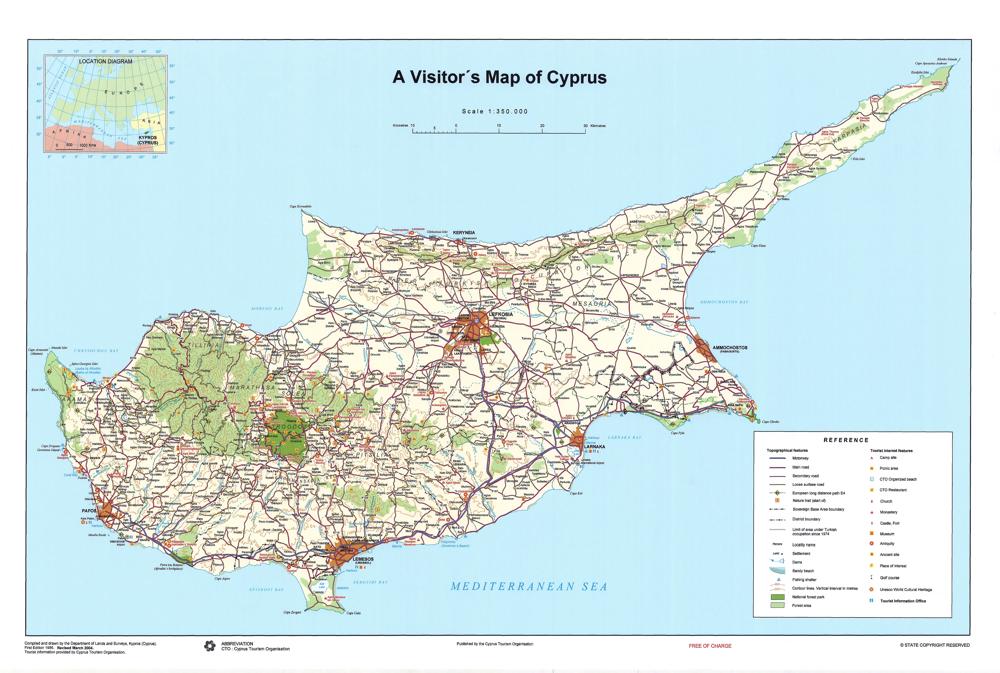 An Article first published By Jim Leontiades in 2014.Ok so this is an Old Article but we feel still somehow relevant in todays scenario.

During the same period tourism to Cyprus has not grown at all, decreasing by eight per cent over this period.

Even Greece, with all its problems saw an increase in arrivals of five per cent. Why is this?
Is it our website? A nation’s web site is today probably its most important marketing tool for attracting tourists. Take a look at the web site of Greece, Malta and Turkey. Their colours and pictures seem to “explode” off the page, inviting the potential tourist.

The official web site of the Cyprus Tourist Organisation (CTO) does not compare well. It features six small rather drab pictures.
The first picture (labelled “Events”) depicts what looks at first glance to be a suggestive, faintly pornographic pose of two dancers, one apparently climbing on the back of the other.

Under the title “Conferences and incentives” there is a picture of what appears to be an ancient underground station with chairs. It is in fact the Famagusta Gate exhibition centre in Nicosia but photographed from an angle which gives a distorted, tunnel-like, impression.

Despite Famagusta Gate’s historical interest, few would claim that this venue is the sort of hi tech exhibition centre those looking for a conference venue would make their first choice.

The website also features “religion” and “weather” (blue sky and clouds) and a map of Cyprus.
One of the small pictures is in fact an attractive scene of a Cypriot sea shore but so small as to lose all visual impact. If the viewer wishes to take the time, the picture can be enlarged.

Is it Cyprus Airways? Their planes during the summer are often crowded and fully booked. Cypriots leaving the island for a number of European destinations have to book in January and February for flights in July. Analogously, it is often difficult for tourists not on package tours to book seats from European destinations to Cyprus.

Is it our prices? It is no secret that Cypriot prices have risen strongly since we adopted the euro. When I attended an academic conference in Smyrna (where my family came from) last spring, I found that Turkish prices were almost half those in Cyprus.

The Financial Times points out that when it comes to prices for tourists “It is a game that Greece and Cyprus cannot win…. they are stuck with a strengthening euro.”(Febuary 3, 2014). Since then the Turkish lira has continued to fall, increasing Turkey’s price advantage and our disadvantage.

Is it our taxis? Some of our taxi drivers are no doubt the salt of the earth but quite a few could be mistaken as “extras” for a mafia movie. The last taxi I took (in Nicosia) did not have a visible meter that I could locate, and I looked. Some tourists have complained.

Is it the title deeds scandal? Some 400,000 fewer British tourists visited Cyprus in 2012 as compared to the year 2000. That accounts for a good portion (though not all) of the drop in our tourism.

Between these years the scandal of British home buyers who were allegedly cheated out of their (fully paid) Cypriot homes due to problems with title deeds became front page news in the British media.

The issue was brought up more than once in the British parliament in a manner which could not have gained many friends for this country.
Whatever the reason – the loss of competitiveness in Cypriot tourism is clear.

This country has lost significant market share regionally as well as globally. It was not always like this. In the 10 years between 1990 and 2000 tourist arrivals to this island grew by a sizzling 72 per cent. Since 2000, Cypriot tourism has not grown at all. Why is this?

The first step to finding out and moving toward action is to realize that there is a problem. Does the CTO realize this? The steady release of upbeat statements emanating from this organization gives the (false) impression of a healthy and growing tourist sector.

Next comes the “why”. Why are we falling behind in an industry that is growing in the rest of the world? Only when we have taken the trouble to identify the sources of our tourist stagnation can we begin to do something about it. Sadly – it does not appear that the CTO has reached even the first step. Perhaps it believes its own publicity.