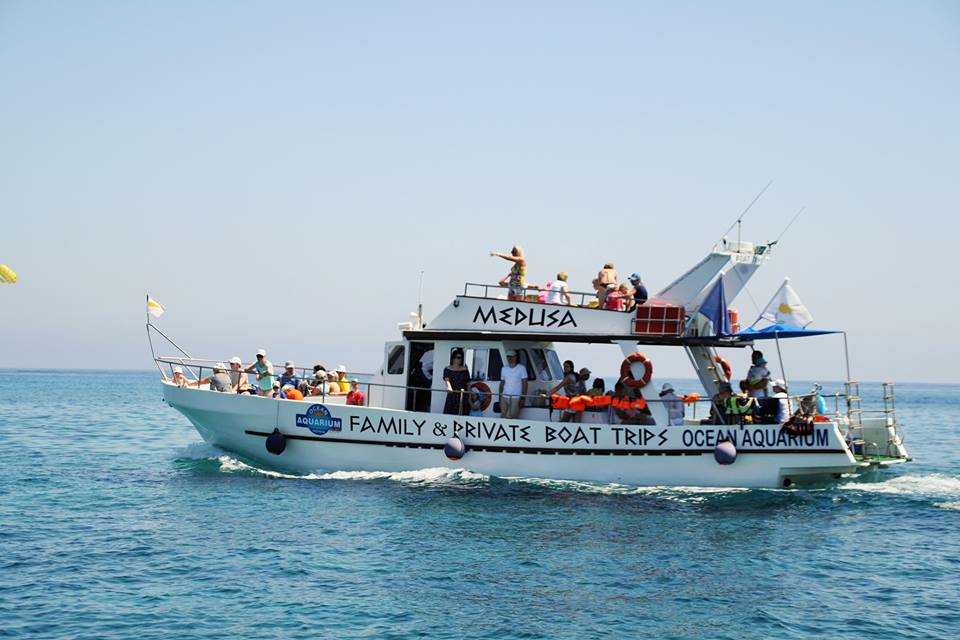 Medusa was originally a golden-haired, fair maiden, who, as a priestess of Athena, was devoted to a life of celibacy; however, after being wooed by Poseidon and falling for him, she forgot her vows and married him. For this offense, she was punished by the goddess in a most terrible manner. Each wavy lock of the beautiful hair that had charmed her husband was changed into a venomous snake; her once gentle, love-inspiring eyes turned into blood-shot, furious orbs, which excited fear and disgust in the mind of the onlooker; whilst her former roseate hue and milk-white skin assumed a loathsome greenish tinge.
The Boat leaves at 10.45 from the Pernera Fishing Shelter (just below the Golden Sands Hotel).
(Operates in Season only-around beginning of April to end of October)